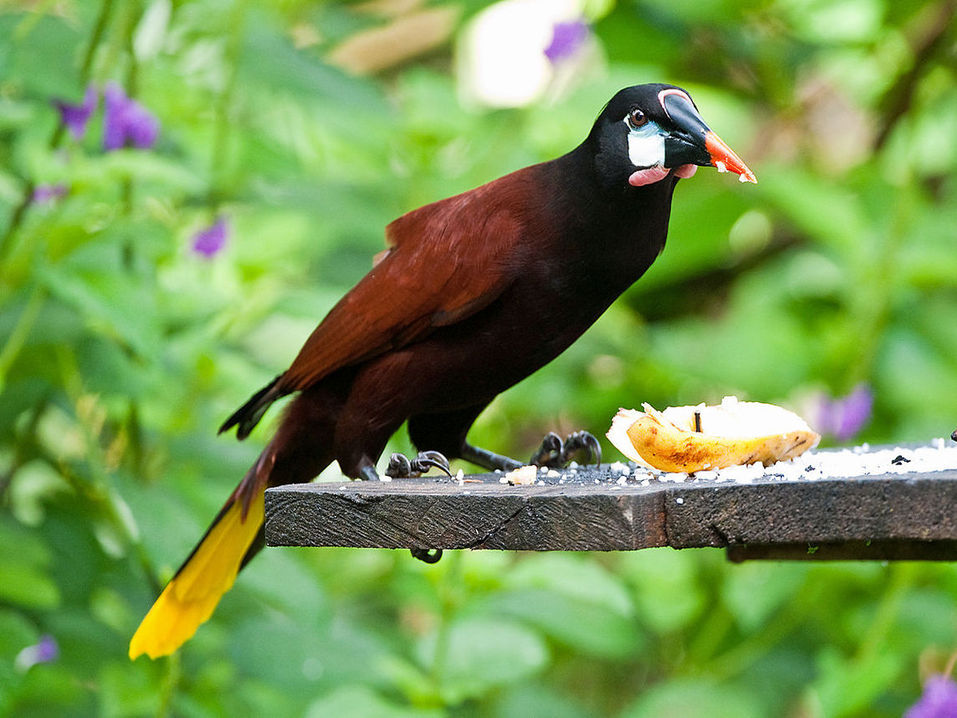 When it comes to building nests, birds use a variety of locations and materials. Mud, twigs, leaves, silk, hay and pebbles are all used to create a shelter. A nest is meant to act as a safe haven for young and a home to come back to. But not all nests are created in the same way. Some birds go to great lengths to develop structures that are as weird as they are wonderful. From tiny knot cavities to giant haystack complexes, here are five unusual bird nests. 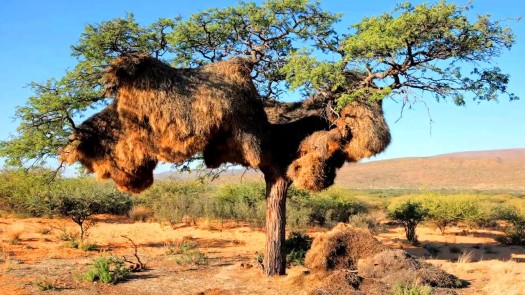 Found in Southern Africa, Sociable Weavers live together in groups and they definitely win the prize for biggest nest in the animal kingdom! A Sociable Weavers’ nest looks like a huge haystack, which is made up of composite materials. The apartment complex-like nest is highly structured, providing a home for several generations of Sociable Weavers.

The thatched roof protect the birds against the sun, while the central chambers retain heat for colder periods. There’s also the advantage of a lookout position, with many Social Weavers being able to spot danger from the nest. 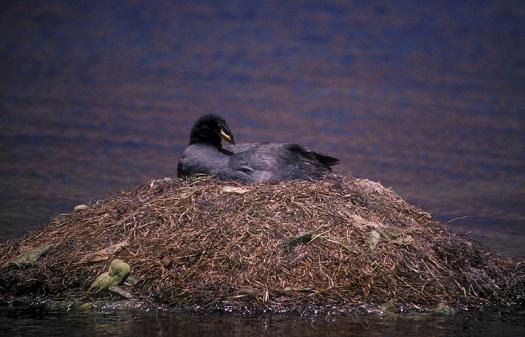 No man is an island, but horned coots like taking that phrase to the extreme. The birds construct artificial islands made out of pebbles that are normally located about 40 metres from lake shores. A horned coot will pile the pebbles up one by one to generate a wide structure. Then, the pebbles are covered in algae to create the nest. It’s estimated a nest can weight up to as much as 1.5 tonnes. 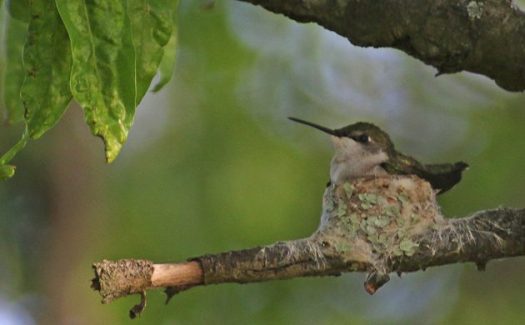 Ruby-throated hummingbirds are responsible for creating some of the most intricate nests in nature. The structure is developed from bark, lichen, animal hair and is usually bound with spider silk. This makes the nest strong and stretchy. The lichen is used for camouflage, with the overall shape of the nest being knot-like. What’s interesting about this kind of hummingbird is that it will build a nest in urban places, as structures have been found on loops of chain and extension cord. 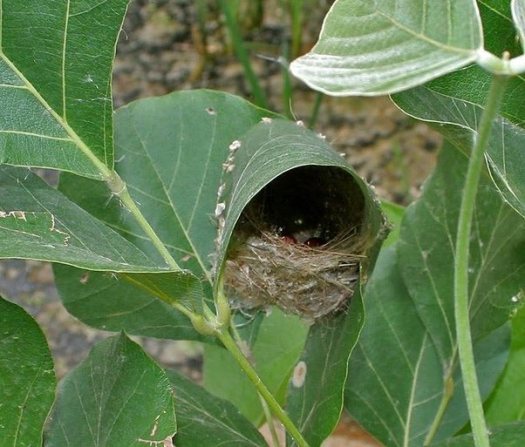 The Tailorbird deserves to be mentioned because of the way it constructs a nest. The process can be described as sewing, riveting, lacing and matting. The bird uses its beak and a spider thread to pierce leaves and stich them together. The cup nest is lined with soft materials and placed among dense foliage for camouflage. Punctures made in the leaves are so tiny that they don’t cause browning, which makes a tailorbird nest even harder to spot. 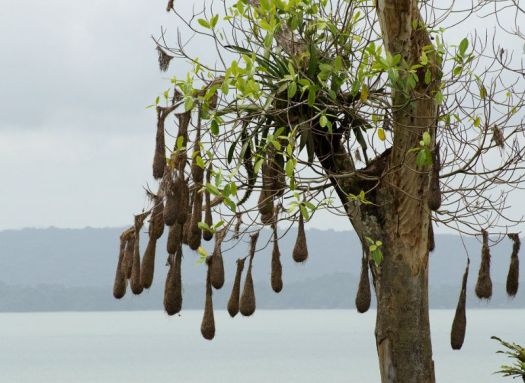 This bird is native to Central America and is known for creating a hanging nest. The structures are made out of vines and other fibres. A nest could hang three feet or more below a branch, with the shape playing an important safety role. It’s believed the long structure protects young against predators and stops eggs from rolling out in heavy wind. As the birds live in colonies there could be up to 150 nests spotted together.

Can you think of any other unusual bird nests?

This site uses Akismet to reduce spam. Learn how your comment data is processed.